Short article about the following warning:

Error: warning: parser/current is loading parser/ruby21, which recognizes warning: 2.1.5-compliant syntax, but you are running 2.1.2

First thing, what does that mean ? The message isn’t really clear, you have to read it 2-3 times before to understand it.

This message come from the parser gem (a dependency of the rubocop gem in my case). This gem is strongly linked to the Ruby version you’re using, and when this warning pops up, it means you’ve upgraded the version of the gem which is for a newer Ruby version than the one you’re running currently.

The workarounds are the following:

This solution could take times in case the upgrade impacts a lot your application, and it needs to be tested carefully, but in the other hand it will encourage you to always keep an up-to-date Ruby version, which is a critical thing.

Temporary solution – consider the other fix in some days – which consist in downgrading to the right version of the gem.

How to find the right gem version to downgrade to ?

You can do it easily by looking at the history of the lib/parser/current.rb file of the parser gem: 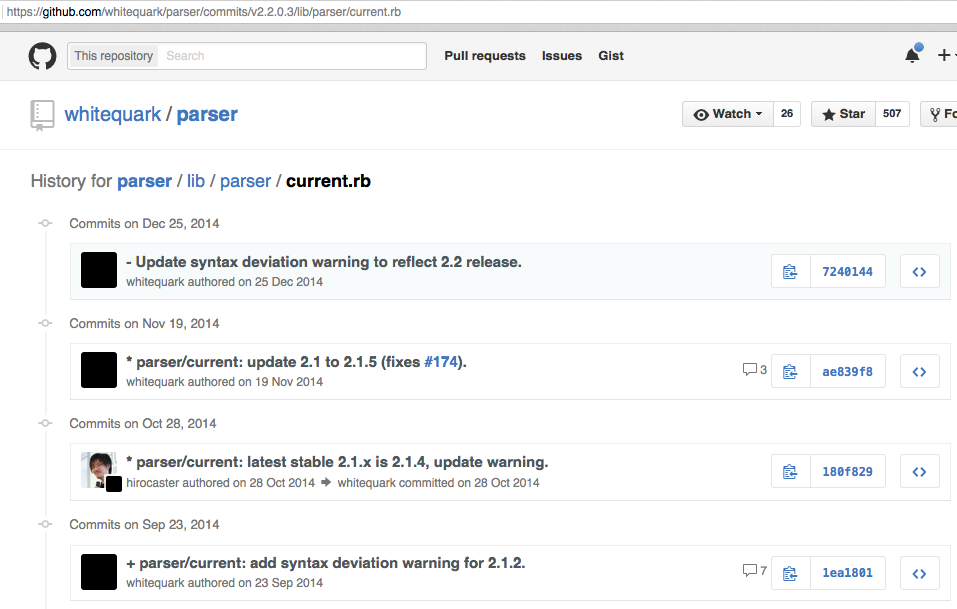 From here you can see from the commit which is interesting for you the version of the gem from the lib/parser/version.rb file.