On OS X, you’re always using the CMD (or command) key in order to copy/paste, launch spotlight or switch applications. On Linux, the CMD key is considered as the Super key (coming from Windows) and it is poorly used. An OSX user would be disappointed to have to use the CTRL key instead of CMD, especially that this key is used in 80% of the time.

The first thing to do is to switch those keys so that you will be able to copy / paste for example.

Open the GNOME Tweak tool application and go to the Typing section where you have to change the Alt/Win key behavior as following: 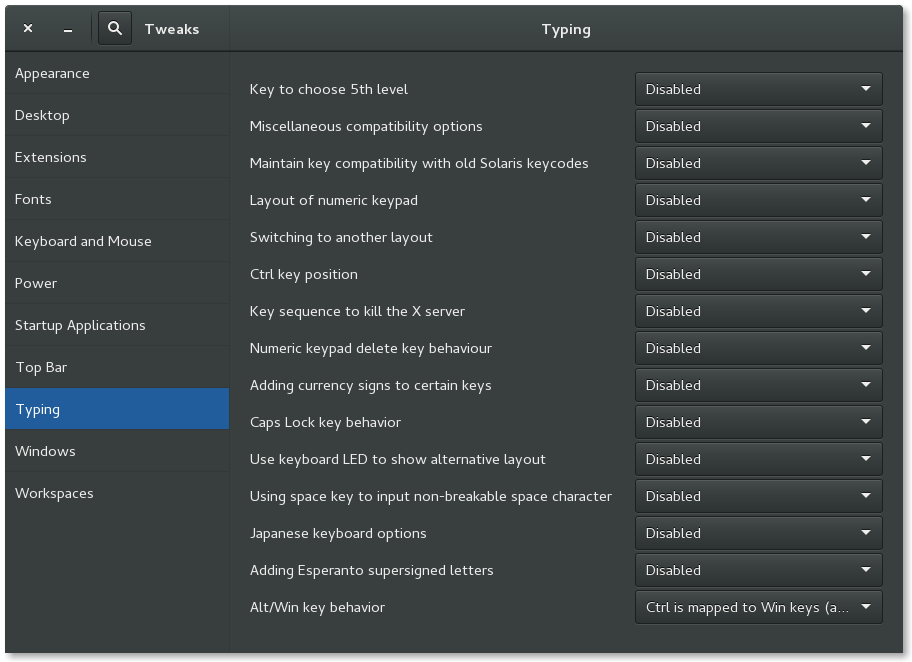 Now you can use the CMD key instead of CTRL everywhere. : )

On OSX, the CMD key is used also to switch applications.

To have the same behavior on GNOME, open the Settings window, and go to the Shortcuts tab of the Keyboard panel.

Now select Navigation and re-define the Switch applications shortcut by double clicking the line and then pressing CMD + Tab. 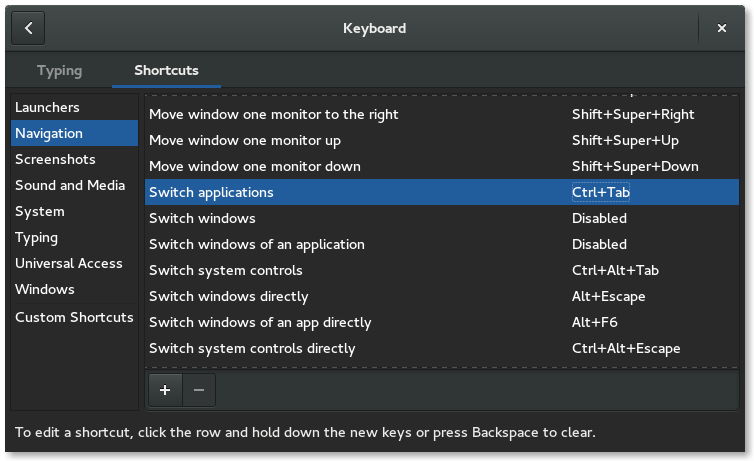